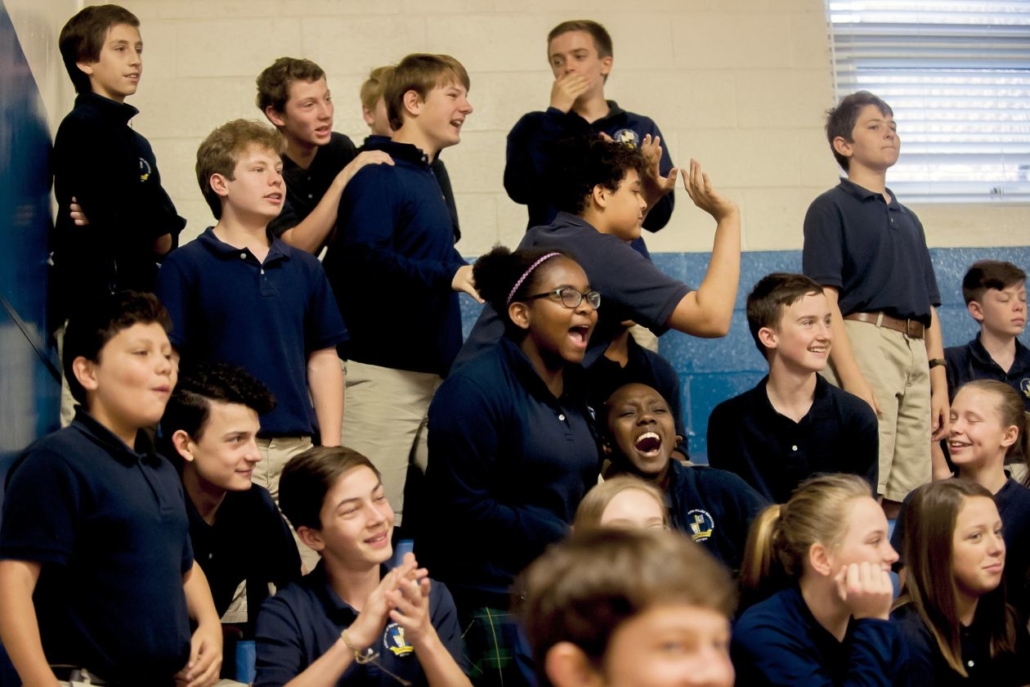 Students cheer for preschoolers during the annual Preschool Kentucky Derby at St. Joseph Catholic School in Bowling Green, Ky., May 4.

By The Editorial Board

For the thousands of nuns who have served as principals at Catholic schools, their emphasis on self-discipline must seem like common sense. But a new academic study confirms the sisters are on to something: You can instill self-discipline in students, a virtue that will help them in their studies and later in life.

The study was conducted for the Thomas B. Fordham Institute by University of California-Santa Barbara associate professor Michael Gottfried and doctoral student Jacob Kirksey. The authors analyzed two waves of national data on elementary school students collected under the Early Childhood Longitudinal Study for the National Center for Education Statistics. They compared children in Catholic schools with those in public schools and other private schools, religious and secular.

The authors found statistically meaningful evidence that students in Catholic schools exhibited less disruptive behavior than their counterparts in other schools. “According to their teachers, Catholic school children argued, fought, got angry, acted impulsively, and disturbed ongoing activities less frequently,” the authors write. Specifically, students in Catholic schools “were more likely to control their temper, respect others’ property, accept their fellow students’ ideas, and handle peer pressure.” In other words, they exhibited more self-discipline.

The authors concede their findings aren’t causal, meaning there might be unobservable differences between students in different schools that account for the striking differences they have found. But the correlation is strong between the focus that Catholic schools put on self-discipline and better student behavior. We also know that, especially in urban areas, black and Latino students who attend Catholic schools show higher achievement, higher graduation rates and higher college enrollment than those at nearby public schools.

At a time when the different suspension rates between minority and non-minority students has become a toxic debate, the authors offer three key judgments:

First: “Schools that value and focus on self discipline will likely do a better job of fostering it in children.” If other schools “took self discipline as seriously as Catholic schools do, they wouldn’t have to spend as much time, energy and political capital on penalizing students” for bad behavior.

Second: “Assuming that these results reflect a ‘Catholic Schools Effect,’ other schools might consider both explicit and implicit methods to replicate it.” The report notes that some “no excuses” charter schools are already doing this, through the curriculum or the way students interact with adults and teachers who model self-discipline themselves.

Third: “Don’t underestimate the power of religion to positively influence a child’s behavior.” Religion isn’t the only way to foster self-discipline, the authors emphasize, but it’s effective compared to most of the alternatives in channeling youthful energy into productive self-control.

Though the authors offer no easy prescriptions, they do say it is a “tragedy for the nation” that so many Catholic schools continue to close when they are most needed. Their lessons are worth preserving.